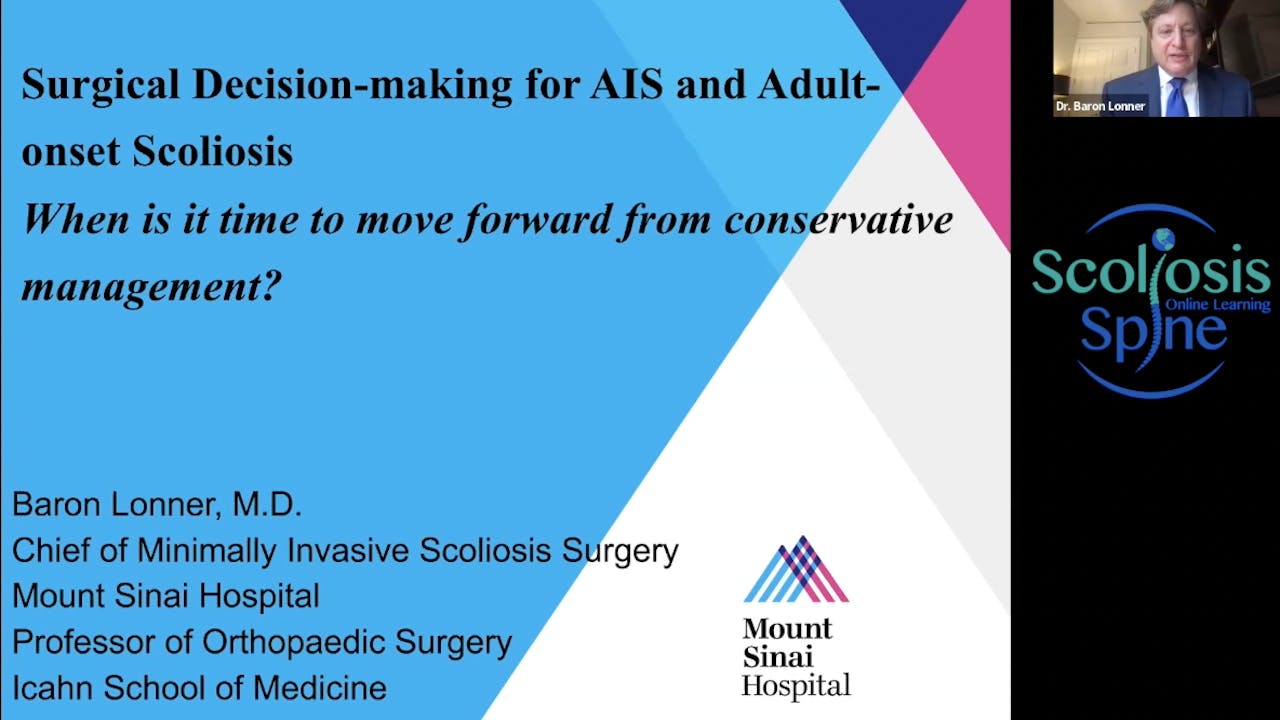 Surgical Decision making for AIS and Adult onset scoliosis. When is it time to move forward from conservative management

This presentation will highlight adult and pediatric scoliosis and their different presentations in the clinical setting. Indications and appropriate timing for surgery, including non-fusion techniques will be discussed.
Dr. Baron Lonner is a Professor of Orthopedic Surgery at Icahn School of Medicine in New York City. He is the Chief of Minimally Invasive Scoliosis Surgery at Mount Sinai Hospital. His central clinical focus is caring for patients with scoliosis and other spinal deformities in the pediatric and adult patient. His approach to patients and their families is a holistic one in which the patient’s quality of life, values, and perspective are at the forefront of decision-making about the patient’s treatment options in light of the most up-to date scientific evidence.
Dr. Lonner has performed over 3,000 surgeries in pediatric and adult scoliosis patients including primary and revision surgeries. He has been an innovator in the area of minimally invasive surgery of the spine for scoliosis, kyphosis, and other conditions. In addition, he is a leader in non-fusion scoliosis corrective surgery through the use of anterior vertebral body tethering techniques. Dr. Lonner has given hundreds of presentations around the world on the treatment of scoliosis and other spinal curvatures and has nearly 200 publications.