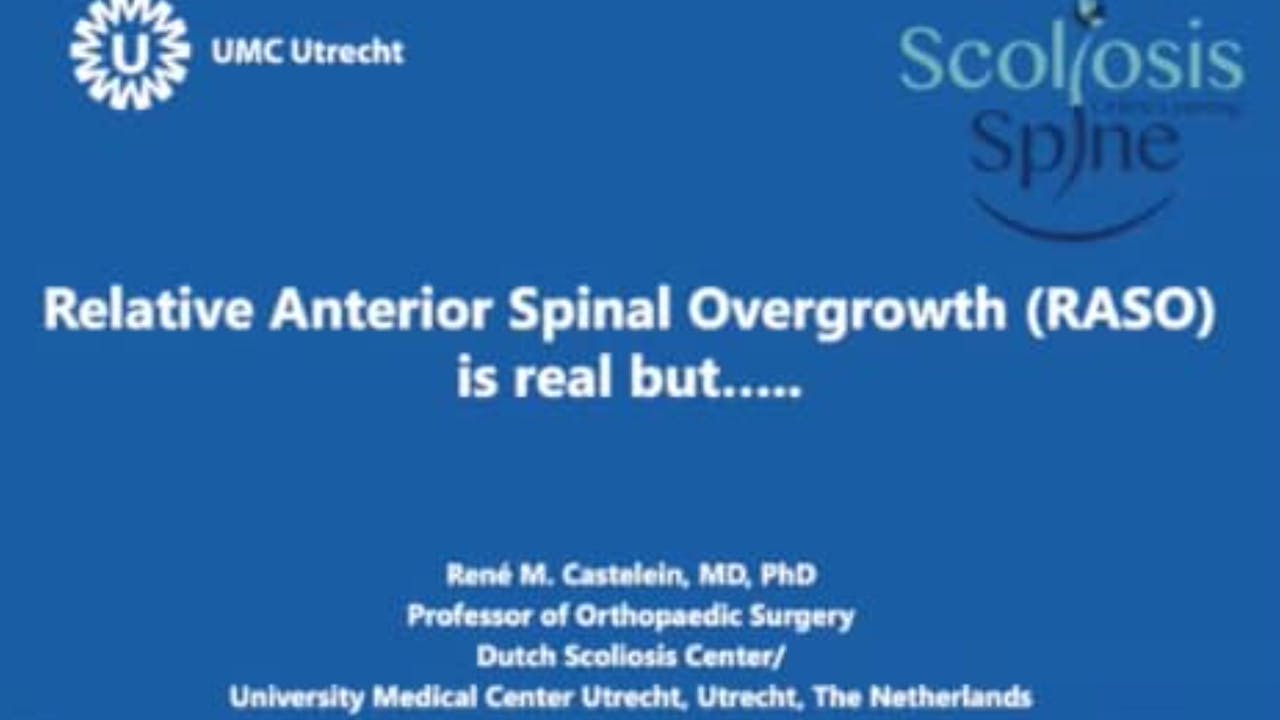 In idiopathic scoliosis, it has been known for a long time that the anterior part of the spinal column is longer than the posterior part. This was already pointed out by 19th century anatomists, who had a great three-dimensional (3D) knowledge of the human body. Unfortunately, in later years, also related to the discovery of radiography, this 3D thinking was to a certain extent replaced by more two-dimensional concepts, thus scoliosis was somewhat reduced to a disorder of the coronal plane. More recently, and with the aid of modern 3-dimensional imaging techniques, the true 3D morphology of the scoliotic spine was again re-emphasized. The fact that the anterior part of the spine is longer in scoliosis has led to the etiological theory that a disturbance of the normal, harmonious growth of all parts of the spine, might be at the basis of the development of idiopathic scoliosis. In this webinar, arguments, based on thorough research, are brought forward that indicate that this ‘Relative anterior spinal overgrowth’, or RASO, is indeed a real phenomenon but that it should not be considered the cause of idiopathic scoliosis.