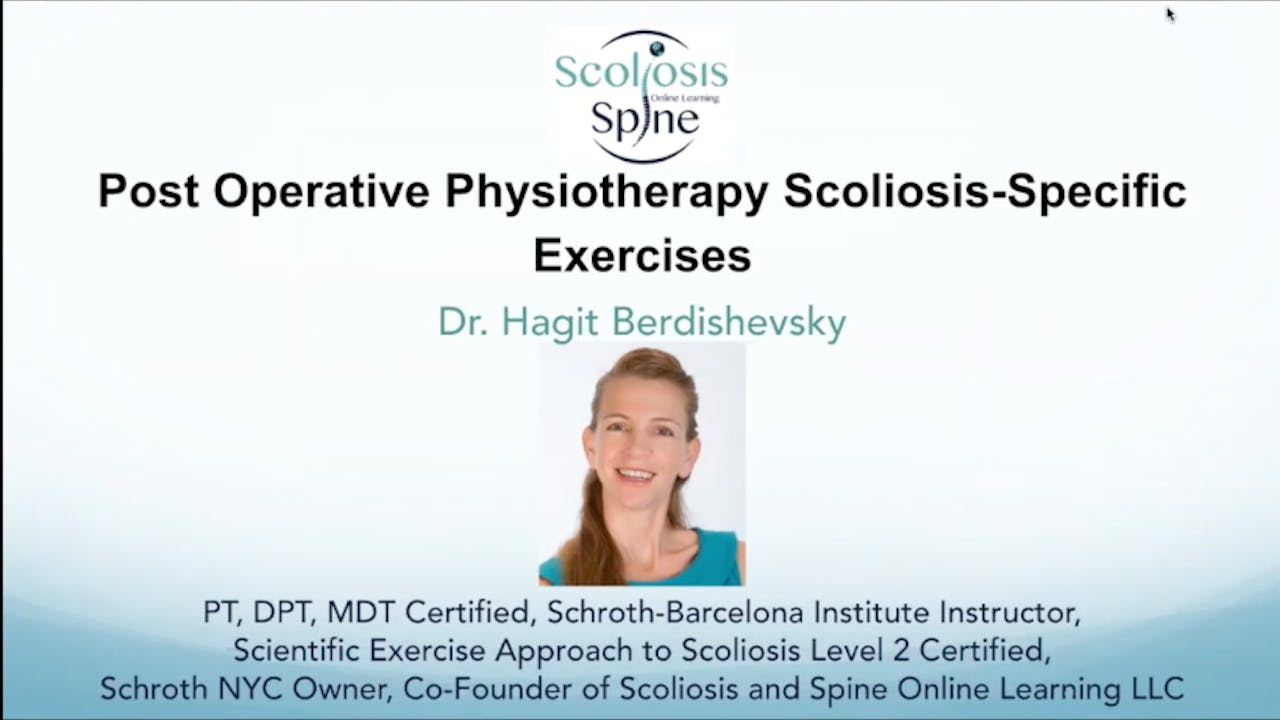 This one hour webinar deals with consideration for choosing the exercises based on the recovery phase and the MD guidelines employed. Exercise examples and case videos will be shown as well.
Hagit Berdishevsky has worked for over ten years at the Hospital for Special Surgery in Manhattan, New York and had a special relationship with the spine and scoliosis surgeons there. In particular she worked very closely with Dr. Oheneba Boachie-Adjei, the founder of The Foundation of Orthopedics and Complex Spine (FOCOS) and the president of the Scoliosis Research Society (SRS) in these years. She has piloted a nine post operative patient research to examine the effect of the Schroth method on the post-operative outcome for decreasing pain and improving function (which she presented during SOSORT 2013). Now she is associated with Columbia University Medical Center and works closely with Dr. Michael Vitale and the surgical team.