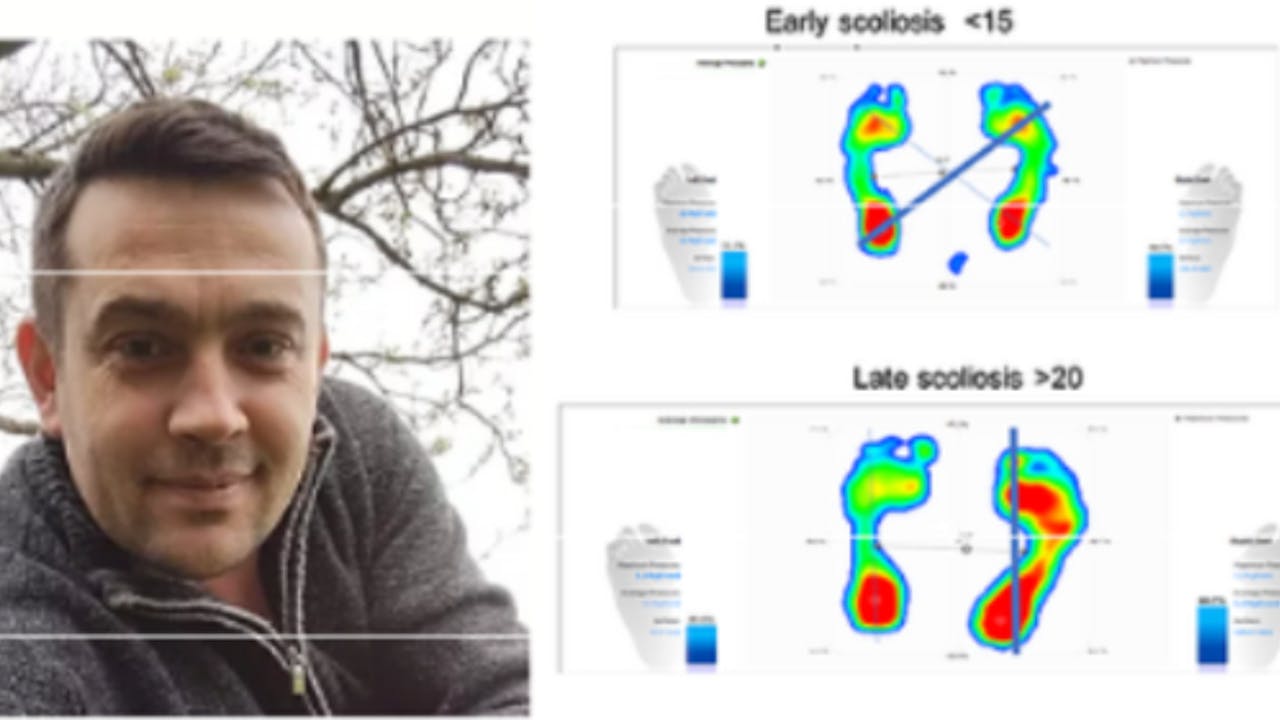 Podometry as evaluation tool is mostly used in lower limb analyses. As a method for scoliosis evaluation, podometry was used for screening of scoliosis (1). Because the imagistic result is about pressure distribution, surface area support, stabilometry it was concluded that all these values modify in scoliosis patients and podometry can be used as a tool for evaluation. Scoliosis as a tridimensional volume modifications and neuro/musclular/balance state. As a volume, scoliosis presents shifting of the body mass. As a rigid body, scoliosis is a bent and rotated volume with distorted distribution of body weight on the ground. As a dynamic body, movement of the lower limb that carry a deformed volume above is distorted from normal. To say that a child has scoliosis just using podometry it is necessary to understand the stages of scoliosis evolution and how these pathological signs are projected in a podometric image evaluation. Sagittal alignment, rotation of the upper volume, volume mass distribution, stabilometry changes, pelvis muscle consistency, ankle muscle stabilizers are some of the tests used in podometry. The big evolution in thinking in podometry is that the patient should not just stay in one position and check the force distribution. Podometry should not be seen as an independent test, is a test that can confirm in some cases what the cause of scoliosis is.