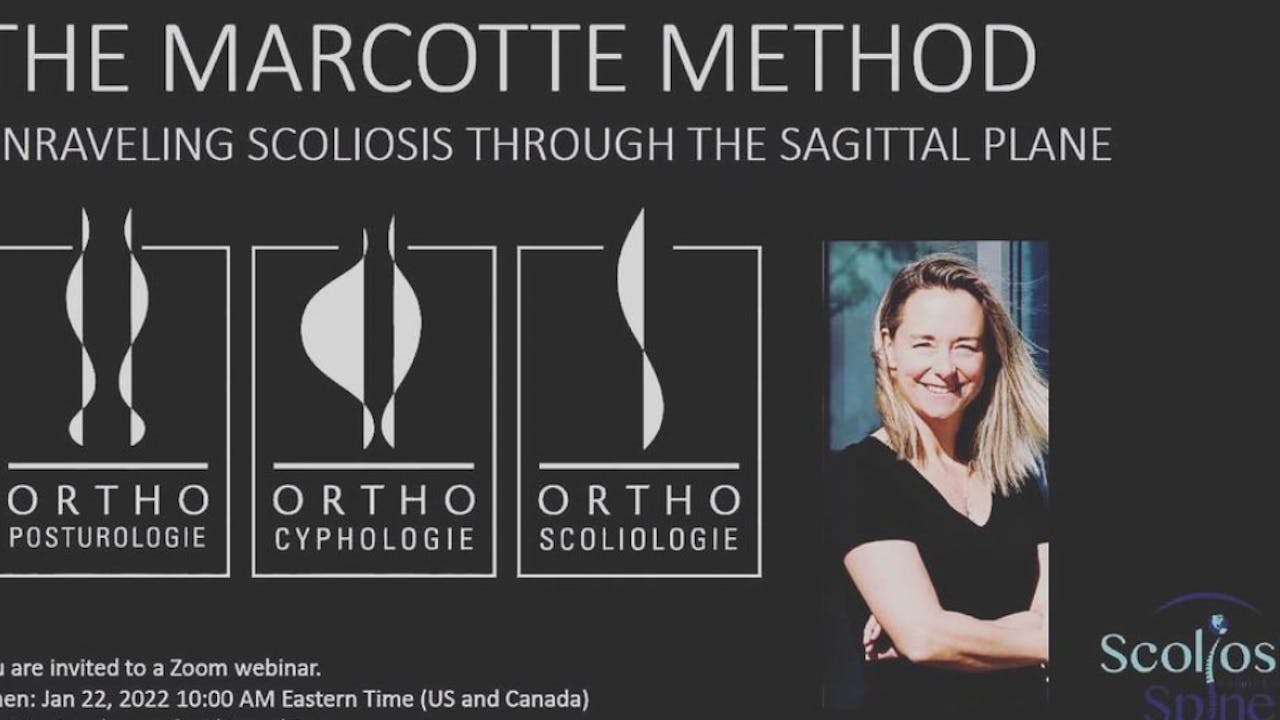 Marcotte Method: Unraveling Scoliosis through the Sagittal Plane
With clinical experience combining several influences including yoga, Chiropractic BioPhysics (CBP®) and the SpineCor® Method, Dr. Louise Marcotte has now put together her own technique, the “Marcotte Method”, aimed at restoring the natural curvatures of the spine through the sagittal plane.

Dr. Louise Marcotte, B.Sc., D.C.
Before receiving her doctorate degree in chiropractic from the Université du Québec à Trois-Rivières (UQTR) in the year 2000, Dr. Louise Marcotte first obtained a degree in biology from Laval University.
From the very beginning, she has focused her practice on the remodeling of posture, scoliosis and kyphosis.
She was the first chiropractor in Canada to use the SpineCor® Dynamic Corrective Brace for the treatment of scoliosis, which she has since been used for new therapeutic applications including adult scoliosis and hyperkyphosis.
Since 2010, she has been co-founder of Month Of Scoliosis, in November of each year at Université du Québec at Trois-Rivières (UQTR) where she lectures on the clinical management and conservative treatment of scoliosis to the chiropractic profession.