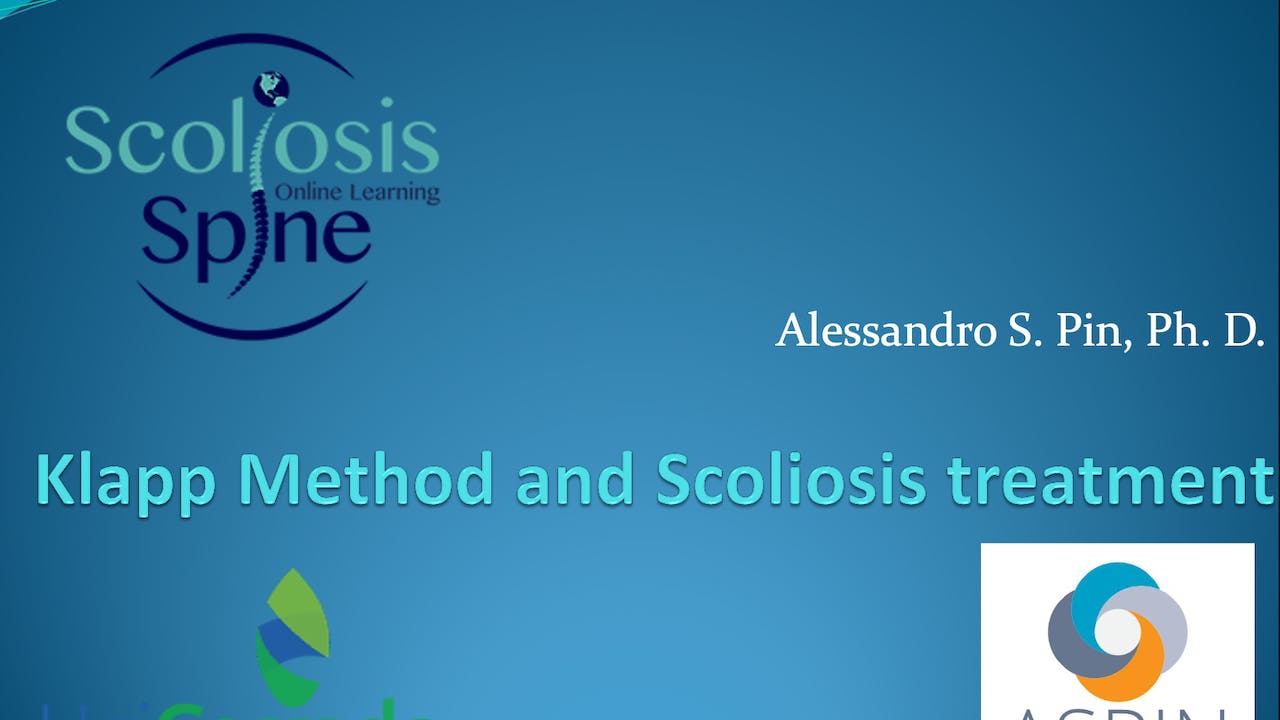 Academic information:
Alessandro Pin holds a degree in Physiotherapy from São Judas Tadeu University (2001), a master's degree in Developmental Disorders from Mackenzie Presbyterian University (2005) and a PhD in Neurosciences and Cell Biology from Pará Federal University(2013). He made a Post-doctoral in Multidisciplinary aspects of Pain from Argentine Pain Study Association. He has experience in Physiotherapy and Health Sciences, working mainly in the following subjects: Physiotherapy, Muscular Conformation, Proprioceptive Neuromuscular Facilitation, Neurosciences, Physiology, DORT prevention, Health and Well-being. He is currently a Ph.D. Professor at the Goiatuba University Center - UNICERRADO and CEO of ASPIN Educational Services
Origin of Klapp Method: Rudolf Klapp developed his method in 1940 after an observation about the fact that only bipeds present scoliosis since the orthostatic position favors the appearance of the phenomenon. Its principle is to re-establish the normal functionality and flexibility of the spine in all dimensions (articular, vertebral), reorganizing itself and promoting a superficial and efficient structural remodeling in its correction. Working bipeds in quadruped position, the thoracic spine when horizontal would eliminate the force of gravity, the movements of the rib cage would have greater amplitude and the spine would suffer maximum relaxation having a greater expansion and mobilization of the rib cage. Despite being a little researched technique, it is widely used in clinical practice in the treatment of scoliosis; as it is a global vision technique, it corrects all the compensations caused by postural disharmony, directing to a new body scheme where postural normality will stop the present symptoms.